Background to the John Ross Trilogy

If you’d like to browse through more images of the intriguing world of ‘John Ross’ join me in Pinterest. 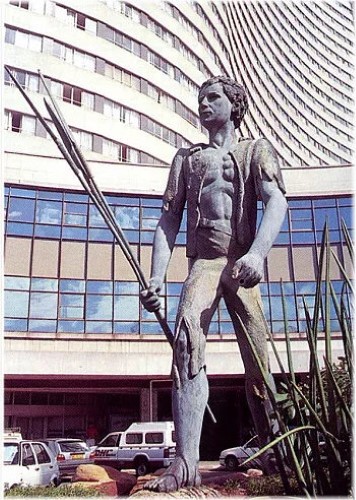 Framed against the 33 storey Art Deco building known as JOHN ROSS HOUSE, barefoot and carrying hunting spears, JOHN ROSS has stood there for almost a century, looking out over the bay the port of Durban, kwaZuluNatal towards the reefs where he came ashore in 1825. 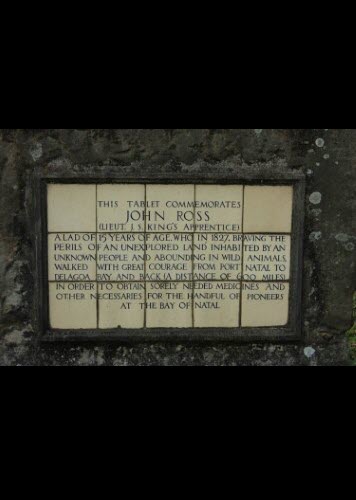 “A lad of 15 years of age who in 1827, braving the perils of an unexplored land inhabited by unknown people and abounding in wild animals, walked with great courage from Port Natal to Delagoa Bay and back (a distance of 600 miles) in order to obtain sorely needed medicines and other necessaries for the handful of pioneers at the Bay of Natal.” 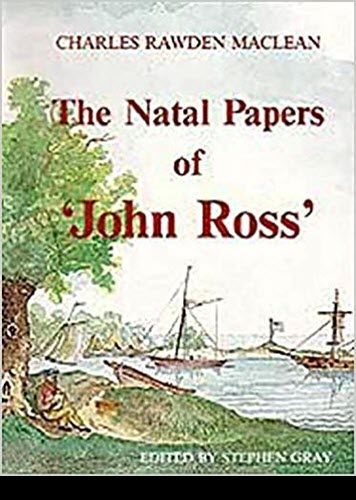 In the 1980’s a young historian and academic, Stephen Gray, long intrigued by the story set out to discover what happened to the boy after his eventful journey to Mozambique. His search led him far from South Africa- to Scotland, USA, the Caribbean island of St Lucia and finally back to England.

Somewhere along the way, the journals of a certain Captain CR Maclean came to his attention, What he uncovered turned out to be far more dramatic and intriguing than he had ever imagined.

It is said that ‘Truth is stranger than Fiction’ In the case of John Ross, the boy known to the Zulus as iQawu, Shaka’s hero, it was never more apt.

This formed the background to the writing of THE JOHN ROSS TRILOGY.

The John Ross Trilogy takes place mainly in these places

Two centuries ago, early Dutch pioneers claimed to have seen a dragon flying over the peaks and called them THE DRAGON MOUNTAINS. Zulus call them UKHALAMBA, THE BARRIER OF SPEARS.

This magnificent reproduction of a Zulu King’s Great Hut can be found at SHAKALAND a cultural centre situated near Eshowe, close to where Shaka’s kwaBulawayo once stood.

The Caribbean island of St Lucia

Part of the Windward Islands, Maclean lived most of his adult life in CASTRIES, sailing between the West Indies, the east coast of USA and London.

THE WARRIOR KING OF THE ZULUS

The lithograph is an actual sketch of Shaka completed by James King, the captain of the wrecked Mary. Circa 1827 This is the only image in existence.

This statue of ‘John Ross’ stands on the esplanade overlooking Durban Harbour, kwaZuluNatal. The building behind him is THE JOHN ROSS HOUSE.

The powerful young diviner plays an important part throughout the trilogy.

Throughout Zulu history, certain animals were thought to have mystic or occult powers; usually cheetahs were associated with powerful mystics like Langani, hyenas with witches purveyors of the occult. Witches were reputed to ride hyenas through the night skies, looking for victims. Cats were also feared, due to their malicious powers.