John Ross and Me 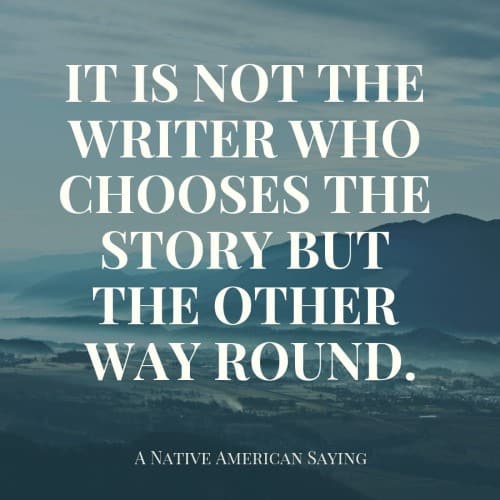 If this old saying is even half-true, then in the case of ‘John Ross’ and me, I would be truly honoured to think so. The Sioux, Navajo or Apache ‘medicine men’ were no slouches when it came to understanding that the visible world is not all there is; the unseen is around us, whether we believe it or not.

I’m sure I’m not the only writer to suspect that sometimes we’re not the sole inspiration behind the telling of our story, the cloaking of the characters and the deliverer of their thoughts, actions, dreams and nightmares into mundane print.

For me, it’s more than just a feeling…as far as this particular story, that of Charles Rawden Maclean, aka John Ross, is concerned, anyway.

Far too many coincidences were turning out to be nothing of the sort; newspapers, magazines falling open at appropriate places; book titles or covers catching your eye, demanding to be opened…and then there were one or two of those flesh-prickling, ‘hair-stirring-on-the-back-of-the-neck’ things I wasn’t able to dismiss simply as the products of an over-active imagination.

And then there were the times I found myself totally ‘spooked’ – when scenes, narratives and events I’d written months ago as pure fiction turned out to be not only historically accurate down to the last detail but had somehow captured the very personal and often tragic events in the lives of the real life people, the characters in the book I was writing.  How did I find out? It was all there in black and white in the research materials I had no way of accessing at that time.

Then finally, along came the shocking, heart-stopping moment when I realised there was a distinct possibility something else was going on, something that made me distinctly nervous. Was I personally linked to Maclean, the young ‘John Ross’ of legend – not only because of writing about him, but also because I was of the same bloodline, an actual descendant? My immediate instinct was typically Celtic: a ripple of superstitious horror followed by urge to protect myself.

What if…just what if my great-great-grandmother Isabella and Isabella Maclean, the sister of Charles Rawden Maclean also known as John Ross turned out to be one and the same?  Same name, born at roughly the same time, same town?

This was hardly something I relished, far from it. If it turned out to be true, then I probably would have chosen to step away from the whole thing at that point.

Luckily, both the names Isabella and Maclean turned out to be fairly common names at the time and their actual birth dates differed by a few years, though not the days nor the months. Believe me, I breathed a huge sigh of relief.

Some time ago, my son came up to Scotland for a break and a chance to do some hill-walking. One thing he’d always wanted to do was to find the source of the River Lossie. For those unfamiliar with these parts, it begins somewhere high up in the malt whisky country of Speyside and flows down to enter the Moray Firth at Lossiemouth on the north-east coast.

When he came back, I asked him if he’d found the river source.

‘Well, not exactly,’ he said, ‘there are quite a few wee springs bubbling out of the ground then running into one another. Hard to tell which one it actually was.’

And that’s how it was with ‘John Ross’ and me. A few wee ‘springs’, a gentle trickle or two, then a steady current that began to flow along, taking me with it, willingly or not, into increasingly uncharted waters.

To find out how and where it all began READ ON.